Realising renovation projectes which increase property values by more than the cost of the renovation is at the heart of our planning, and there are many ways to raise the value of a property. For example, many square metres often go unused in old homes. In brick buildings, cupboards and wardrobes eat a lot of usable space. Now and again space can be found behind walls, and much attic spaces goes to waste. Usually, the owner of a property will have assumed for years that a a ceiling or wall hides technology which it was built to conceal, and so the space goes to waste. Often, this is not the case, and with careful interior designing, you can make the most of wasted space.

Moreover, when features and furnitures are rearranged in a more sensible fashion, you can get more spacious living quarters. The price of square footage has increased dramatically over the decades, so each little bit gained from a renovvation means a lot of money when reselling.

Our most important skill is knowing as early as the planning stage what everything costs. Taking timescale into accout, we plan out the expenditures carefully without comprimising on quality. This is possibly only if the designer is technically proficient in the construction business and has a lot of experience with building production and work site leadership.

Simply painting the walls is almost never going to lead to profit. When thinking of a property as an investment, you need a bigger change. A common project for us is converting student accommodations into town flats for more demanding residents. They contain all the conveniences of quality housing, including a kitchen with dishwasher and a bathroom with a scrubber. All of this is possible when good planning is applied even to a small home, and you do not need to sacrifice comfort either.

Housing cooperatives usually require planning permission for a renovation so that walls can be knocked down appropriately taking existing electrics and plumbing into account. As professionals in the renovation branch, we are accustomed to following rules set down by housing cooperatives. When planning the removal of an inner wall, we ask whether a construction planner's report - typically costing several hundred euro - is needed.

The design is carried out according to the client's wishes. Designs are drawn up no matter how long it takes until they meet the client's requirements. Our goal is for the design to be approved by the housing cooperative. If need be, we will acquire a building permit for the project. Decisions regarding the extent of permit granted are made by the property manager or housing cooperative. When the designs are properly made, the renovation can be carried out with the proper permit almost without exception. All activity is carried out in accordance with current laws and mandates.

The most part of our clients are investors. The profit our clients make on their properties we have renovated falls between 8% and 18%. When calculating profit, costs relating to renovations, purchase and sale costs of the property, as well as estate agent fees.

The residence was completely refurbished from top to bottom. The old bathroom was converted into a walk-in wardrobe, electrics and plumbing were hidden behind drywall in the wardrobe. The plumbing manifold was made above a lowering ceiling in the wardrobe. Here plastic-covered pipes carried water to taps and other access points, and we concealed them within the structure.

Should a plumbing refit be required in the future, the bathroom floor will not need to be torn up. Connections can be made in a dry space / wardrobe.

Making pipe connections in a dry room during a pipe refit is inexpensive, a fraction the cost of pipe refits in neighbouring residences. We take care of the entire planning process, applying for permits, and execution.

The flat was given a functional floor plan as well as additional functionality in the kitchen and bathroom. The resident was more than pleasently surprised at how much extra space and function we managed to work into such a small flat. 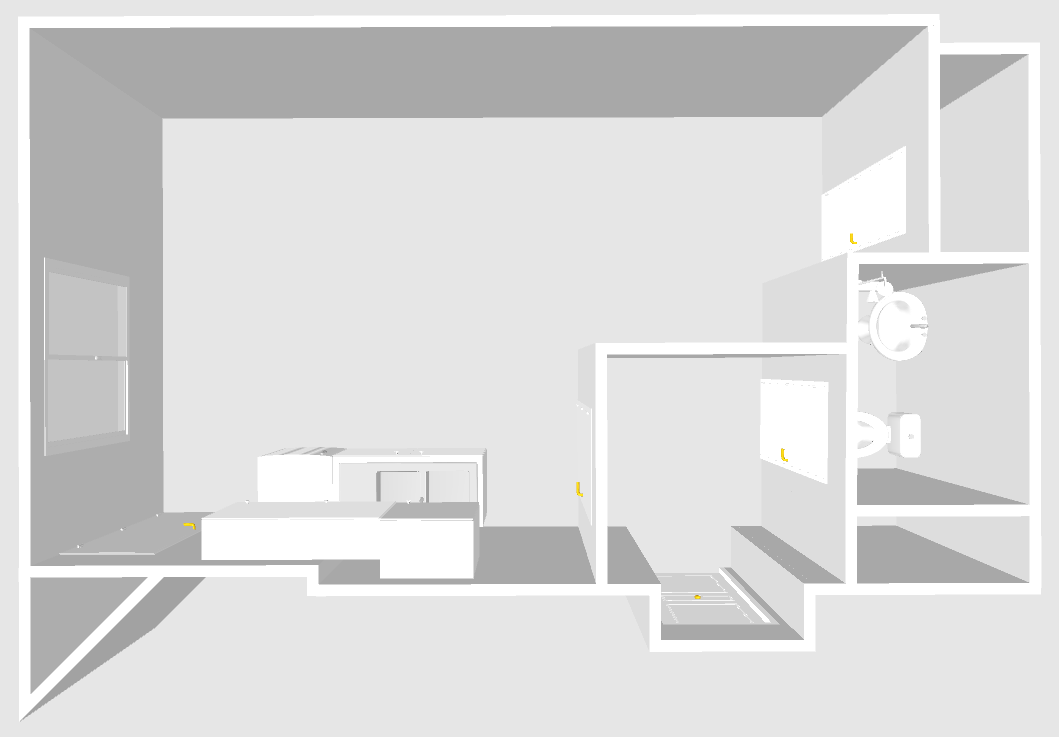 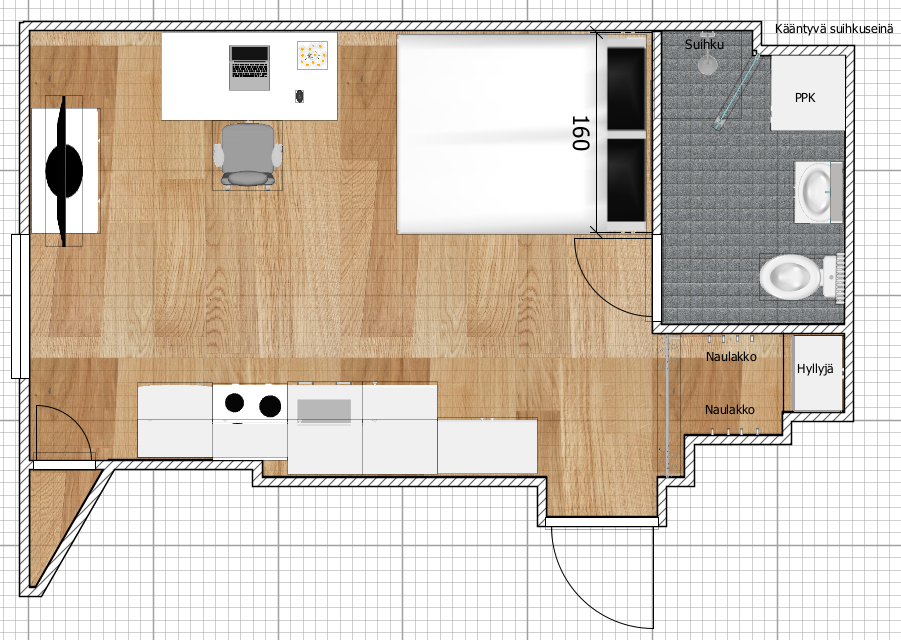 Example 2. From a lino-floored flat to a fully-equipped, open-planned, light-filled corner flat 62 m²

This property also underwent a thorough renovation. A plan involving a four-person sauna was made for part of an unnecessarily large kitchen. The bathroom remained the same size, but the appliances were reorganised so that two Värmland bathtubs could fit side-by-side, as well as a shower cubicle.

The television in the bathroom was placed on top of the cabinets surrounding the washing machine. Mood music, an ice-hockey game or whatever you may fancy is easily accessible via internet video services and a remote control, all without leaving the bathroom.

All surfaces were replaced, and all electrics, lights, ventilation, and plumbing were refitted.

We installed a lowered white roof into which we placed 40 dimming LED light fixtures whose fuses can be replaced.

The final decision to have the LED lights was made after calculating electricity consumption: the forty lights used approximately the same amount of electricity as 5 old lightbulbs. The property's electric switchboard was replaced with a new model, and all plug sockets were placed behind residual-current devices (RCD) at low cost, raising the electric safety of the flat as high as can be, making it a safe place for families with children to live. If the wiring is to be replaced, adding an RCD is a small, easy task.

The mutability of spaces was also taken into account. The jacuzzi was made such that it is easily removed and converted into a simple shower with a single visit from a single plumber, creating a bathroom with two showers on opposite walls. The variablity of the flat when selling is also a major selling point. Should jacuzzis go out of fashion in the future, or if future residents do not need a tub but very much want to buy the flat, an easily-removable jacuzzi is worth the money. We recommend timeless colours when decorating: light hues on the walls and dark shades for the floors, lengthening the aesthetic appeal of the flat. 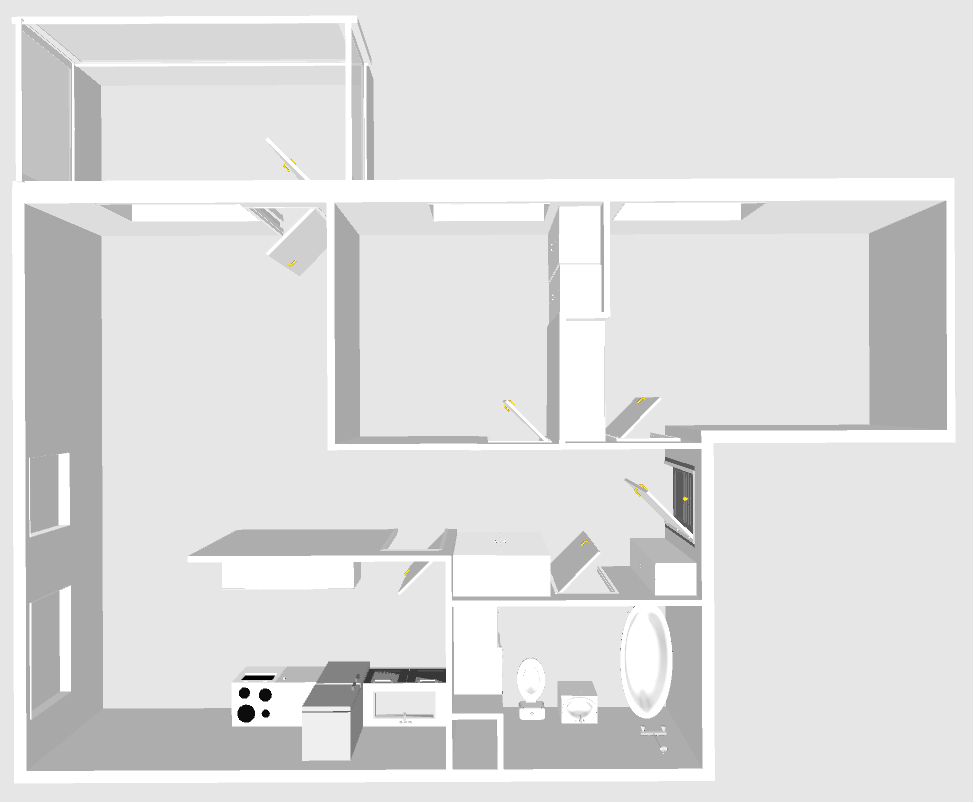 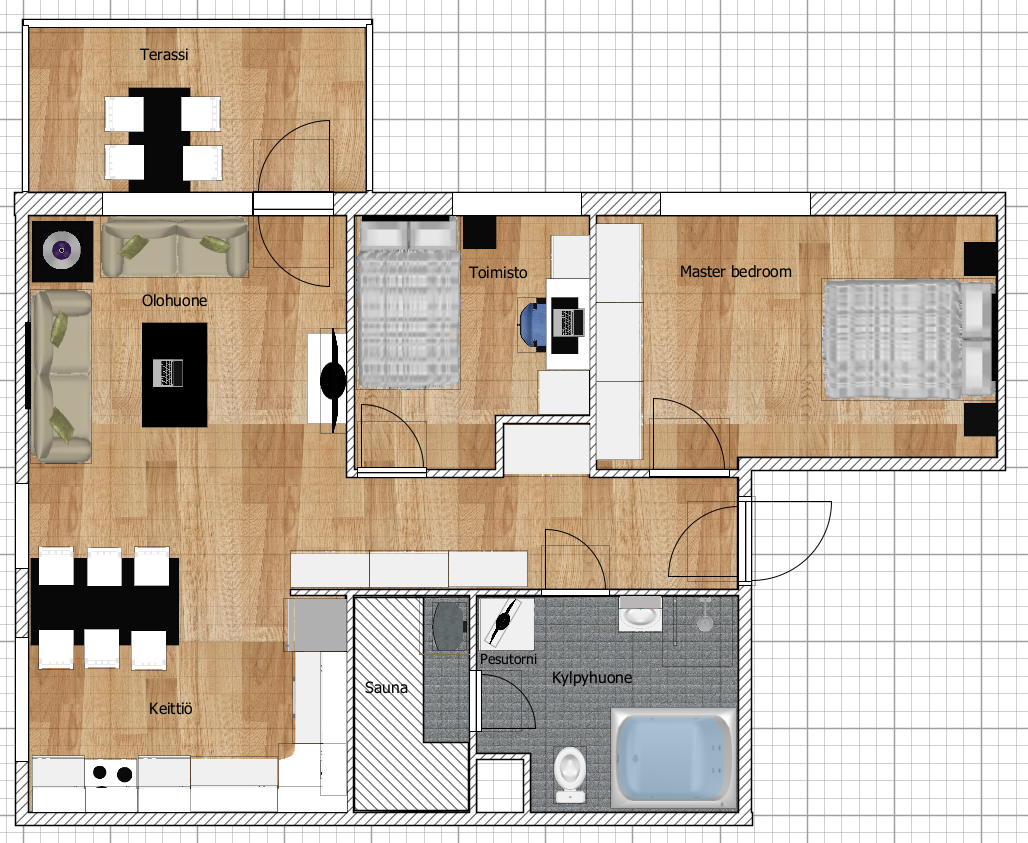 Example 3: From a rabbit warren to an open studio flat 69 m²

This was flat was converted with 'Changing Rooms' in mind. First of all, we drew up an extensive plan. Then the interior walls were removed in keeping with the plan. All of the interior wall surfaces were repaired and painted, and chipped and flaking ceiling paint was removed. The ceilings were then reinforced with fibreglass reinforcing canvas.

The windowsills and window frames were restored and painted. The kitchen appliances were exchanged for new ones. The floor was removed, revealing floorboards which were sanded and painted. The wardrobe beside the bedroom was connected to the bedroom, and doors with large mirrors were fixed to the cupboards. The flat's electrics were refitted. The bathroom was left untouched. 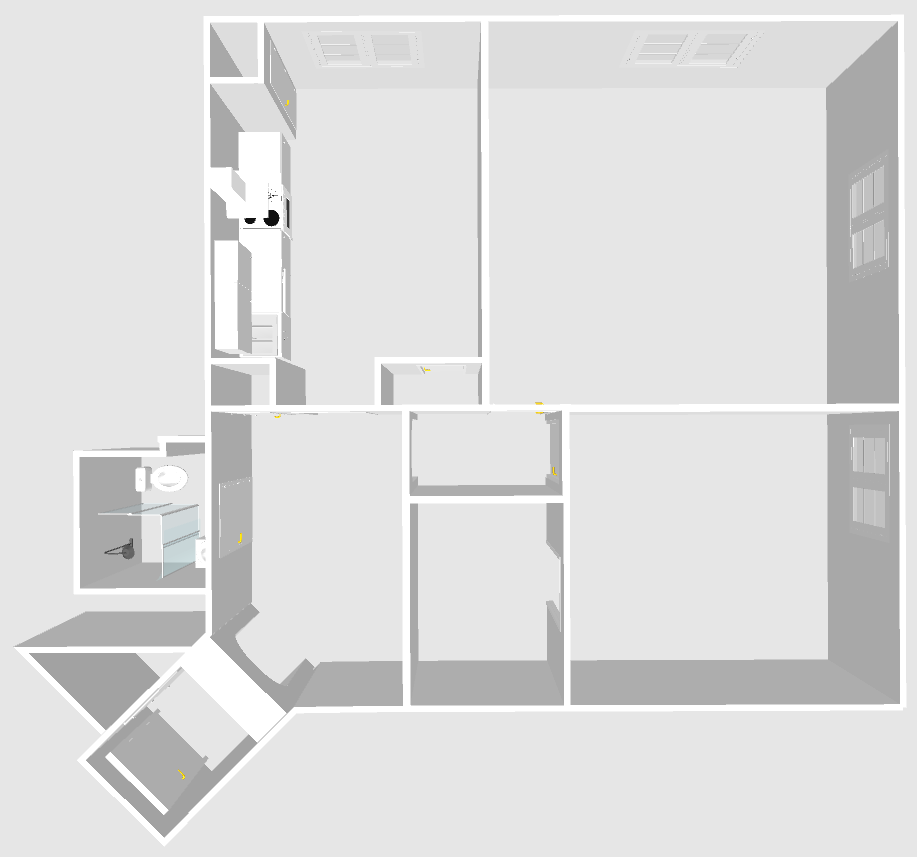 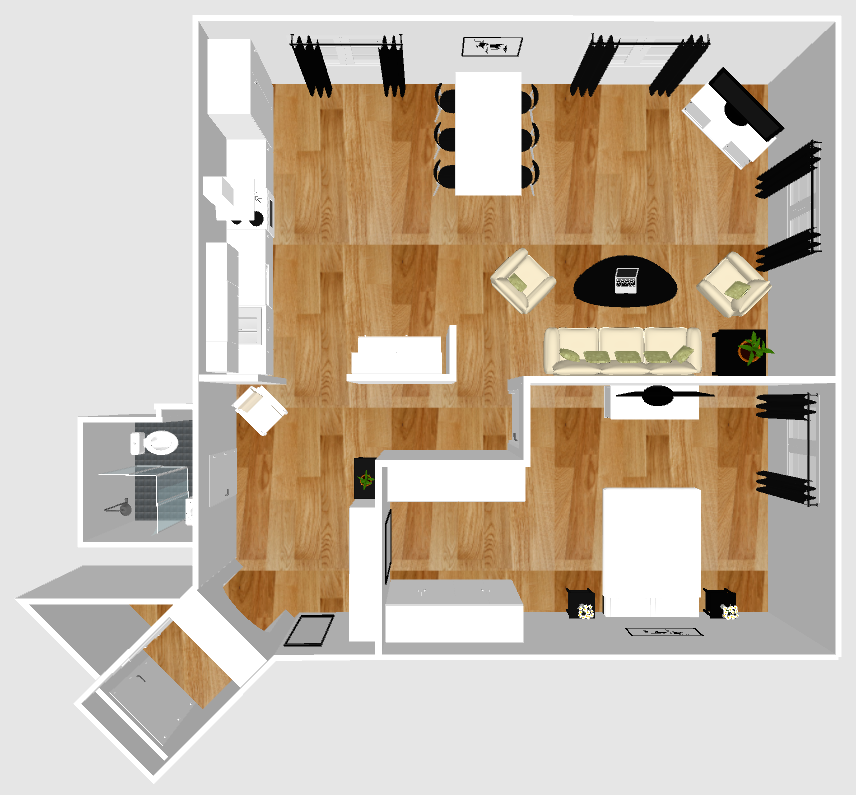 Idea Remontit Oy is an expert in space planning. We serve Helsinki, Espoo, and Vantaa.